A new life, with waterproof mascara 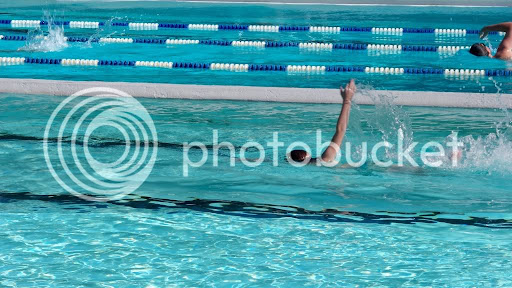 My fault, I’d smiled at her and that proved encouragement enough for her to ask me the question.

This proved to be the most significant conversation of the week, however. Following my response, my swimming pool update of ‘not too bad now’, she blurted out that it was the first time she had been swimming without her children. What, ever? Did she never go in a pool before she had children? And she said she was scared of not being able to swim - being jumped on or splashed.

And then I saw it, the panic in her eyes. I realised she was going through a From this ... to that ...to this moment – but she was at a much earlier stage than I was in last Friday’s blog. She was at the point where your children have gone ‘to big school’ and she felt lost, forcing herself into a new without-them-during-school-time life.

If you're lucky, you have a bit more time to do something for yourself. Hard if you’re in paid employment (all mother’s work. Stay at home = unpaid employment!). But around all that you have to get done during day, you might be able to grab an opportunity.

My ‘to that’ stage coincided with a ‘landmark’ birthday and I made full use of this reason and grabbed the opportunity to schedule in some regular exercise. No, I am not normally so virtuous. All the usual things followed – toned up, invigorated and it's not too expensive, if you can grab a deal (about £2 a pop). The hardest thing is maintaining the commitment and it’s not everyone’s cup of tea; but if you fancy checking it out, here’s the link to Poolfinder – which may provide a bit of inspiration.

And what happened to the Mum who was about to jump into her own path to independence? She just locked her locker and slowly walked towards the pool, with hunched shoulders. I still wish I’d called after her 'your mascara, is it waterproof?' Because it certainly made her eyes look amazing before she went into the water.

And it might have made her feel a little bit better.