I don’t expect that Michelle Odungedin knows how much influence she’s held in my life for  the last year or so, certainly today’s blog is, once again, inspired by a recommendation that she made.
Today, I introduce to you The School of Life: 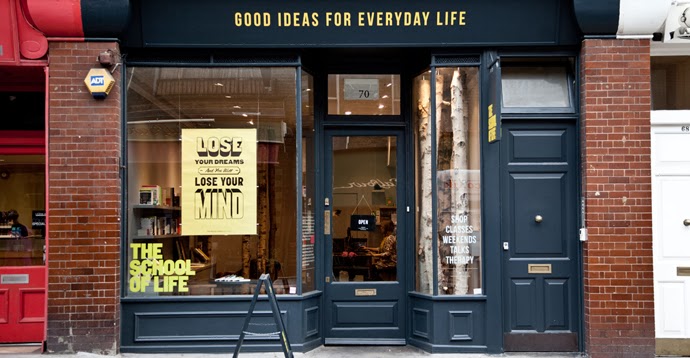 I’ve had a long time liking of Ruby Wax, with her wacky sense of humour and vulnerable core, so the fact that she had been a guest speaker at one of their Sunday Sermons intrigued me. The internet helped me in the way that it should and within a couple of clicks I was checking out the upcoming events.
Casting aside a few that were unnecessary or not my thing, I stopped at the class titled How to Have Better Conversations. That shouldn’t be too much of a surprise because I’m even trying to have a conversation with you now!
The blurb says:
Our lives are so often filled with superficial talk, from office chit chat to commentaries on last night's television. How can we have conversations that inspire us to think in new ways, that stimulate our curiosity and that prompt us to say things we've never said before? How should we talk to our lovers? How can we deal with difficult conversations both at work and around the family dinner table?
Being honest, I had been struggling with what seemed to be my default as a listener. I'm so interested in other people that I had become almost mute during conversations, resulting in feelings that were very self-centred. So, I booked the ticket to find out more and found myself meandering from Kings Cross to Marchmont Street on a sodden winter’s afternoon.
First of all, the cake was lovely. Yes; big chunks of homemade cake with mugs of tea and coffee. It was a homespun dip back into my former world of corporate training sessions. Oh and the décor was pretty cool too. First impressions are so important! (tree trunks in the reception area – silver birch, I think)
Then, and more crucially, our tutor John Paul Flintoff – arriving on a trendy collapsible bike. He was darling (P L Travers speak?). So approachable, and genius at getting a roomful of strangers to connect and interact .... within such a short space of time. Plus, he put up with LSH’s questionable sense of humour. Enough said!

The fact that I’m adding this as a blog post must indicate that I really enjoyed the class. Not a cheap option in these austere times, but I think it's an excellent (and carrie kitkat quirky) way to learn something new whilst on a trip to London.

Plus, in addition to The School, there's plenty of unique coffee and other shops around this area of Bloomsbury, so, as I always suggest – why not take a walk around?