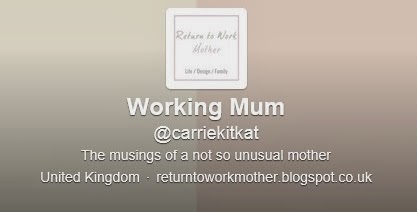 In last week's To Start the Week blog, The Twitteratti, I mentioned that I wanted to share with you a few of the Twitter tips I've found particularly useful, since my Tweet-birth on the 19th January 2012. If I knew then, what I know now, this is how I would take my first tweet-steps.

First off, I would suggest introducing yourself and/or your business (get your profile bang tidy!). It's essential to learn about the approachable side and personality behind a Twitter Handle (the @ name term). Next, keep us regularly updated - so we're tempted to join you for the ride and find out that you're interesting and engaging. It's so important to let those connecting with you see the person or people behind the handle, so that they continue to build their trust in you.

As I picked up from Sasha Wilkins though, don't blurt out all there is to know about your personal life. Sasha, for example, isn't her 'real' name apparently, although it is one that she is known by. Outside her blogging persona, I presume.

Then, think outside your following box - I have learnt so much by following those who know more on a subject and are good at getting it across. On that note, here's S M Mortimer explaining Twitter etiquette. I hope that's a helpful link.

But remember: people must be following YOU in order for your tweets to automatically pop into their timeline.

The benefits, if they do, are that you will have the possibility of an audience with their followers and, if re-tweets and favourites are involved, their followers followers ... on and beyond into the double facing mirror (when they check in to their Twitter feed). 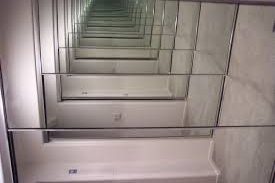 You should return the compliment and reply, re-tweet and favourite (a sort of bookmark for later reading or 'Hey, I like what you've tweeted there!' button) those who you like the sound of, those who you would like to give a helpful Twitter-promoting hand too and those who you think may be influential.
This has germinated the start of some great conversations and connections for me. Plus, as with a verbal conversation, I think it's good to have manners.
Unfortunately, I have also found that the reality with a tiny selection of the influential, can seem that they have more time for self-promotion than for someone like little old me :(
Never mind, be assured that the good connections far outweigh the bad - as opposed to the ugly, who seem to have so little substance to give but thousands of followers and I wonder if they might just have paid for these 'friendships', in a Champagne Charlie kind of way.
Now. Repeat: Be patient. A strong following doesn't happen overnight ...
... and I hope that's been a bit of an insight, as I'd like to tell you more about this technological birdsong, in a future blog.