The Art in being a Mum

Last Sunday I wanted to call the Mother’s Day ‘my choice’ card and celebrate by being with the giants. Youngest giant was absent, due to a newly started job (more of another time), which left eldest giant (EG) to shoulder the burden of humouring Mum. 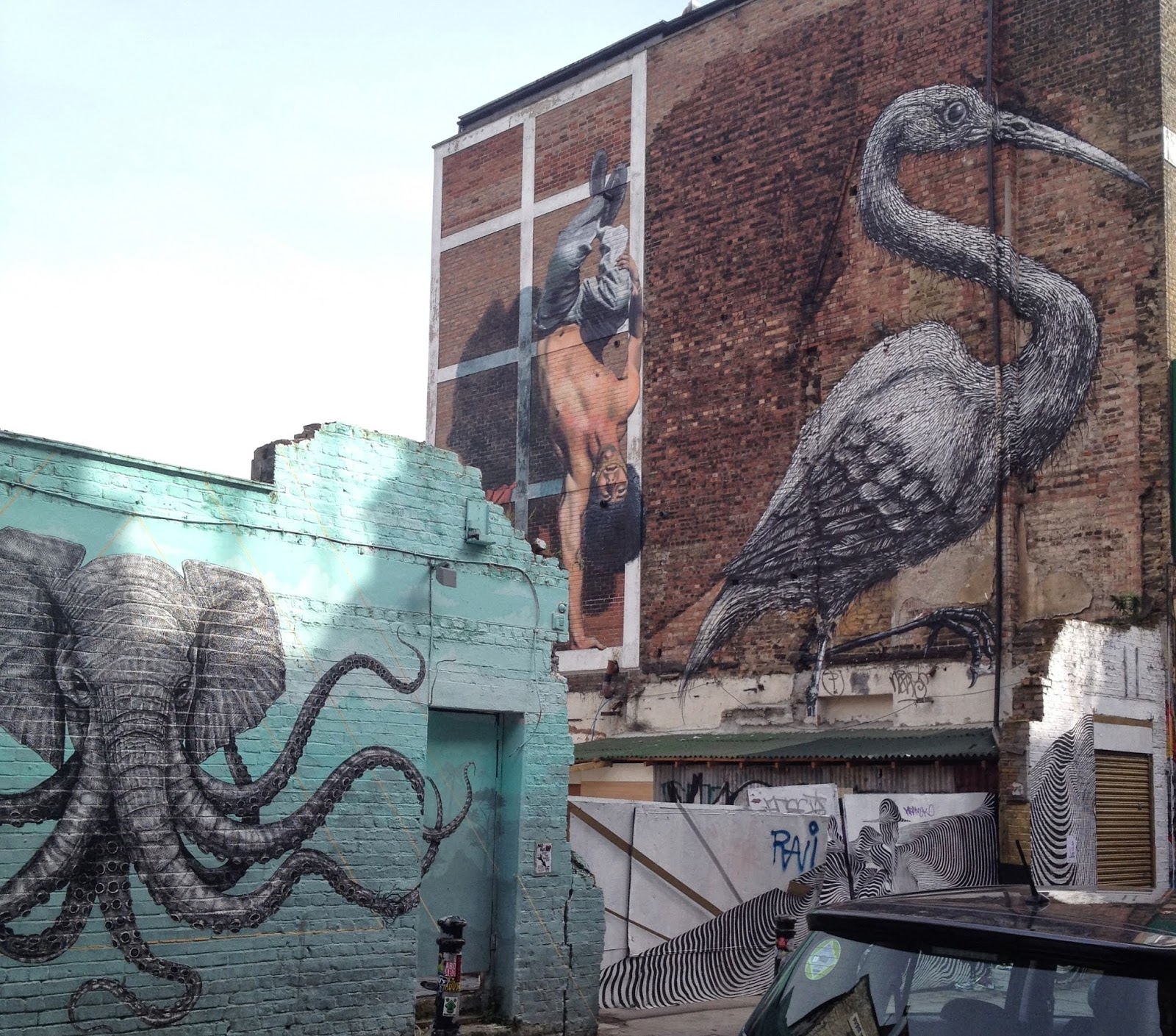 Not known for his tempered parental patience, I tentatively suggested a trip to the Brick Lane area. I have to say, he won a good son award – with only the mere-ist scent of an impatient crackle, throughout the day.

Following me around the streets of E1, I aimed at aiding his continuing personal development and education! Always one of my favourite activities during the giants’ childhoods - in fact, second only to cuddles.

Our starting point was Aldgate East Station (the Whitechapel Gallery exit) left into Osbourn Street and the Brick Lane tour got off to a good start as EG spotted an image to promote Arcade Fire’s Reflektor release.

A bonus to going early is you avoid the Indian Restaurant touts constantly telling you to use their restaurant and also, you see the lane in the quiet, before the hordes descend.

I started with a quick coffee (of course) in Rough Trade East, whilst focusing on keeping EG on board – he was able to check the place out while I got my semi-obligatory caffeine shot. 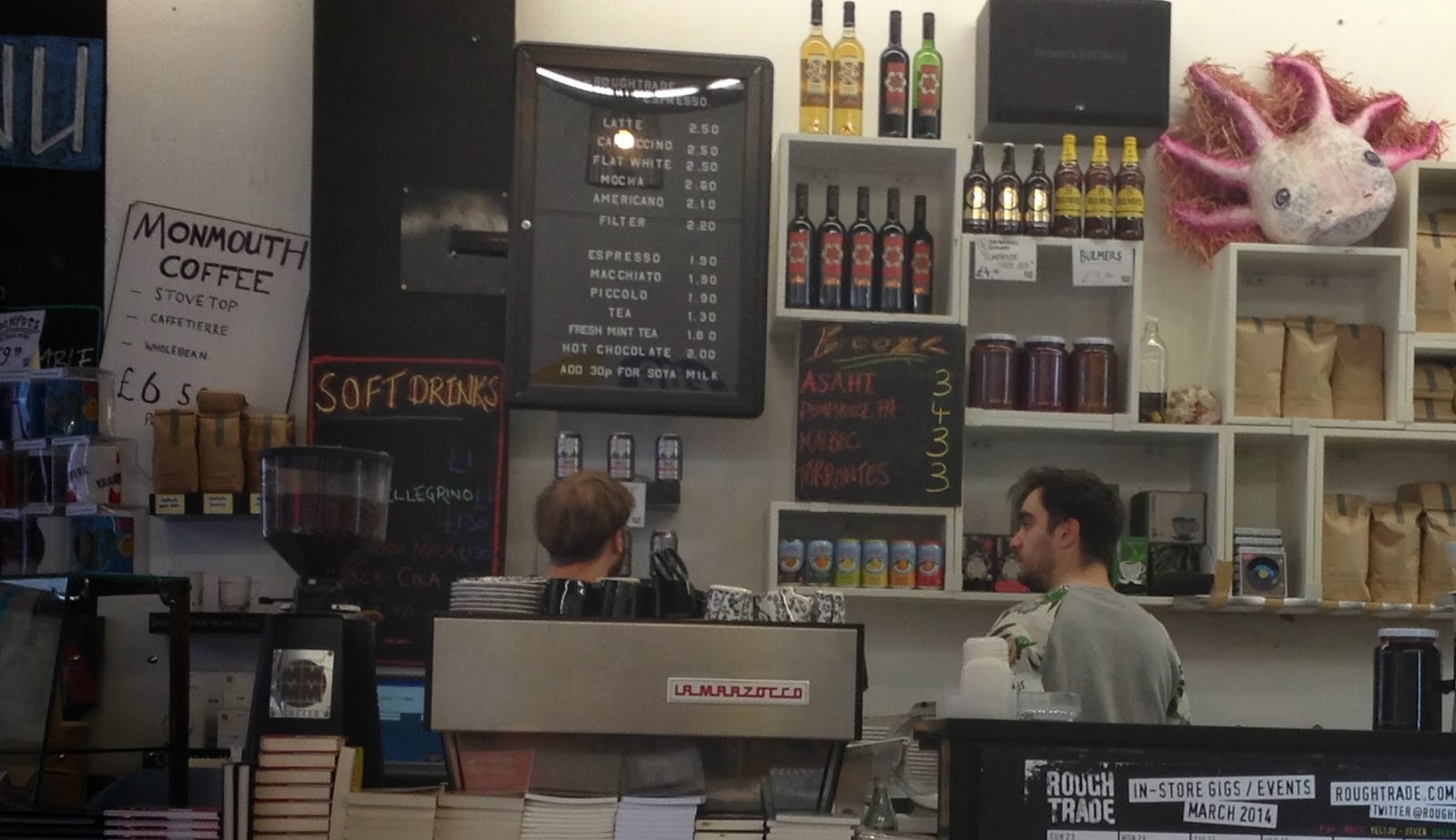 On the food theme, there are two indoor food courts and loads of street stalls along the lane but this time I plumped for the 24 hour Beigel Bake: salt beef and mustard for me and smoked salmon and cream cheese for EG. The quality was fresh and tasted good – even if the service has to be labelled rude and can’t be a***d – you’re only a customer!

A quick dip into an iconic vintage store, Rokit, proved fruitless and disappointing. I had to extend my guided tour and visit the Covent Garden Branch, at the end of the day. Thankfully proving more productive.

We then meandered over to the madness that is a Sunday afternoon on Columbia Road. I would prefer to have left it later but I know there’s only so far I can push a compliant giant. 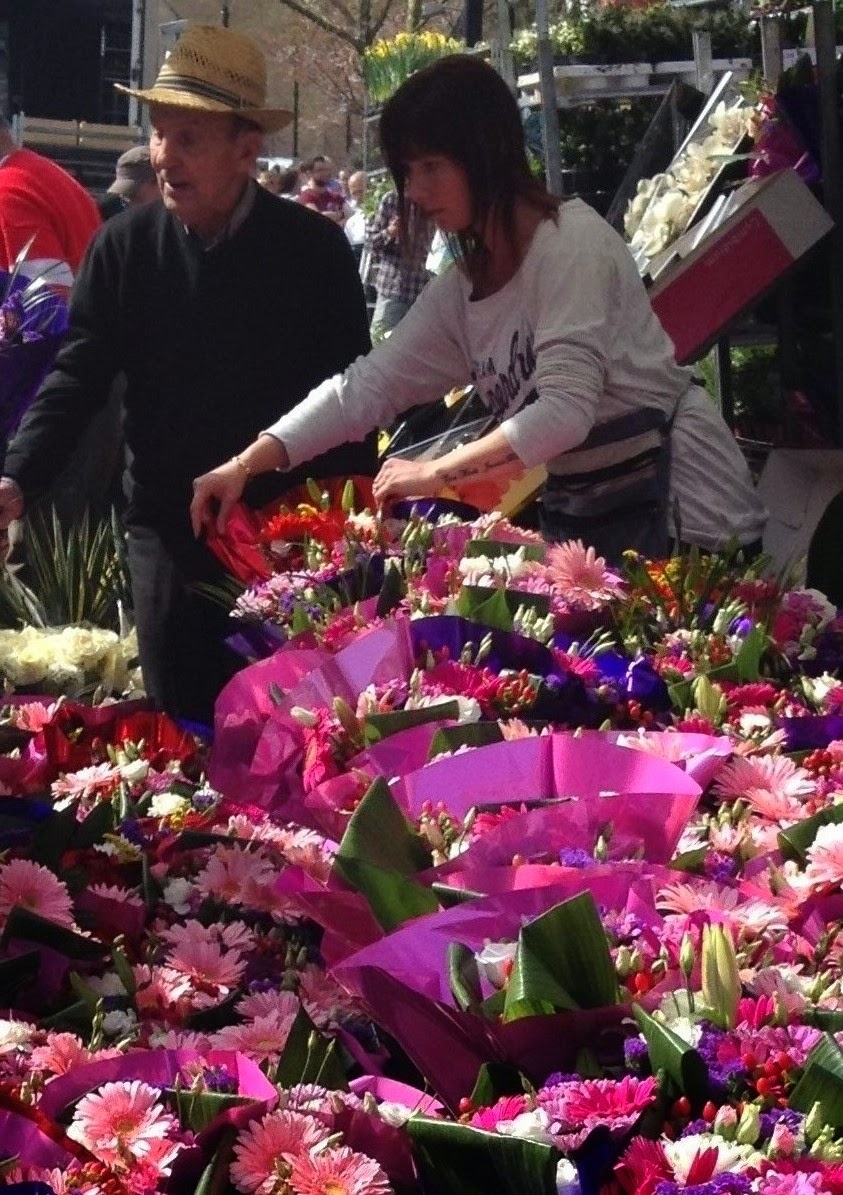 Taking a divert over to Spitalfields Market we passed through Arnold Circus and by Leila’s Shop (the café in the film One Day) and left towards the Market that is wholly different to both Brick Lane and indeed its original fruit and veg guise.

Although my guided tour had to be heavily modified to suit – at the start of the day we chanced on what appeared to be a street art walking tour and I researched this one, for future reference.

Was the day a success? Well, apparently it was ‘fun’ and I’m completely happy with that! :)