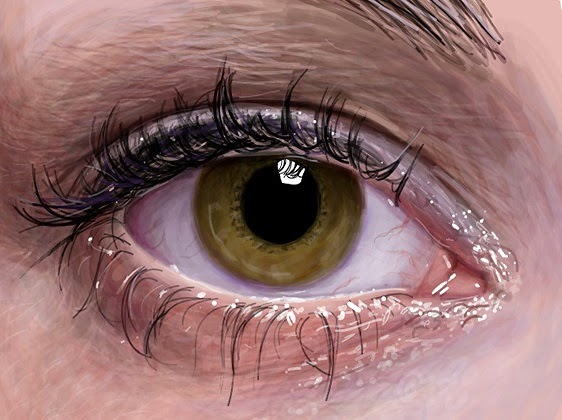 Have you ever thought about whether you have an eye for accuracy? I have, quite often; I think it's part of the job description, when you write a blog.

Certainly, it's not without an 'Oh dear' or 'thank goodness' that I notice grammatical, spelling and layout faux-pas in some of the print that I read these days. I started to get so worried about my own eye for accuracy, that I booked myself on a grammar course (it was ok, but I think I wasn't the only one who didn't get the semi-colon explanation).

George Clooney got me thinking, (not in THAT way) when the Daily Mail ruffled his feathers recently with an inaccuracy about his mother in law.

Despite the fact that the Mail has often printed provocative inaccuracies about Mr Clooney, it takes the suggestion that his fiancée's mother was unhappy with her daughter's choice of future husband, for a whole can of worms to be opened.

In the midst of the continuing cases of years of covered up accuracies, you may think he's taking the 'keeping Mother in Law happy', a bit too seriously.

Of course this case has a far more serious undercurrent to it; with the consideration of inflaming tensions around a suggestion of religious differences.

Unlike Vanessa Feltz, who spoke this week, at the request of the police, with complete accuracy regarding an historical interview she had conducted with Rolf Harris. It seems he had decided to conduct his own dirty performance, within eyeballing distance of his wife.

In case you are unaware, Vanessa was bombarded with a torrent of venomous mysogony from Twitter trolls who must think that they have the looks and attraction of a film star themselves.

Vanessa has handled herself in the educated and eloquent manner that I remember her for - hand tap to her.

On the matter of those narcissitic trolls - don't you just wish that there really was three Billy Goats Gruff to kick them off their Twitter handle bridge?

Failing that - where's George Clooney when you need him?!