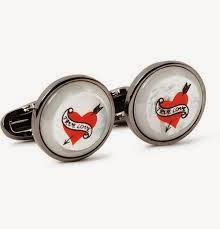 It started with a question. Nothing of significance, he asked me where he could get a photograph taken.

I wasn’t particularly impressed, in fact I was probably a bit taken aback by his self-assurance - on top of which, he had a very questionable sense of style.

I have come to discover that he was actually very shy and also asks a lot of questions.

… but from insignificant beginnings …

As this post is published, we will be celebrating our 30th Wedding Anniversary. I don’t think that anyone could be more shocked than we are.

Not least because it’s the sort of anniversary of our parents’ generation, you know, the older generation.

I’m not the soppy hearts and flowers girl. Although, I’m drawn to heart shaped ornamentations and adore (beautiful) flowers. I’ll SHOUT ‘why don’t you tell them yourself?’ when a dedication with a velvety ‘please tell him he is the love of my…’ is broadcast on those weekend love song shows.

Having a blog means I can be my own messenger and this post is dedicated to my long suffering husband. Or, as he is known on this domain, LSH.

For more or less all our adulthood, we have sat together on this wobbly rollercoaster. I’ve come to respect the author of ‘for better, for worse, for richer, for poorer, in sickness and health’ as knowing a thing or two about this crazy little thing called love.

But the person who gets my ongoing high five is Mr LSH.

Throughout all that life has thrown at him, he has picked himself up, dusted down the fragments of the metaphorical smashed crockery and got on with providing for his family, working as hard as his Dad did and delivering bear hugs, whether they were wanted or not.

Also, he makes me happy by:

And through all the ups and downs and  over all the decades - if you still want to spend time with each other;  you still laugh at those jokes that no one else ever found funny; you still get butterflies when you’re about to meet after being apart  – then does it mean it will be ‘til death do us part? Does it mean that it is love, true love?

Happy Pearl Anniversary to us!

thank you to Mr Porter for the perficgift