Howe the Miller Led the Way ... 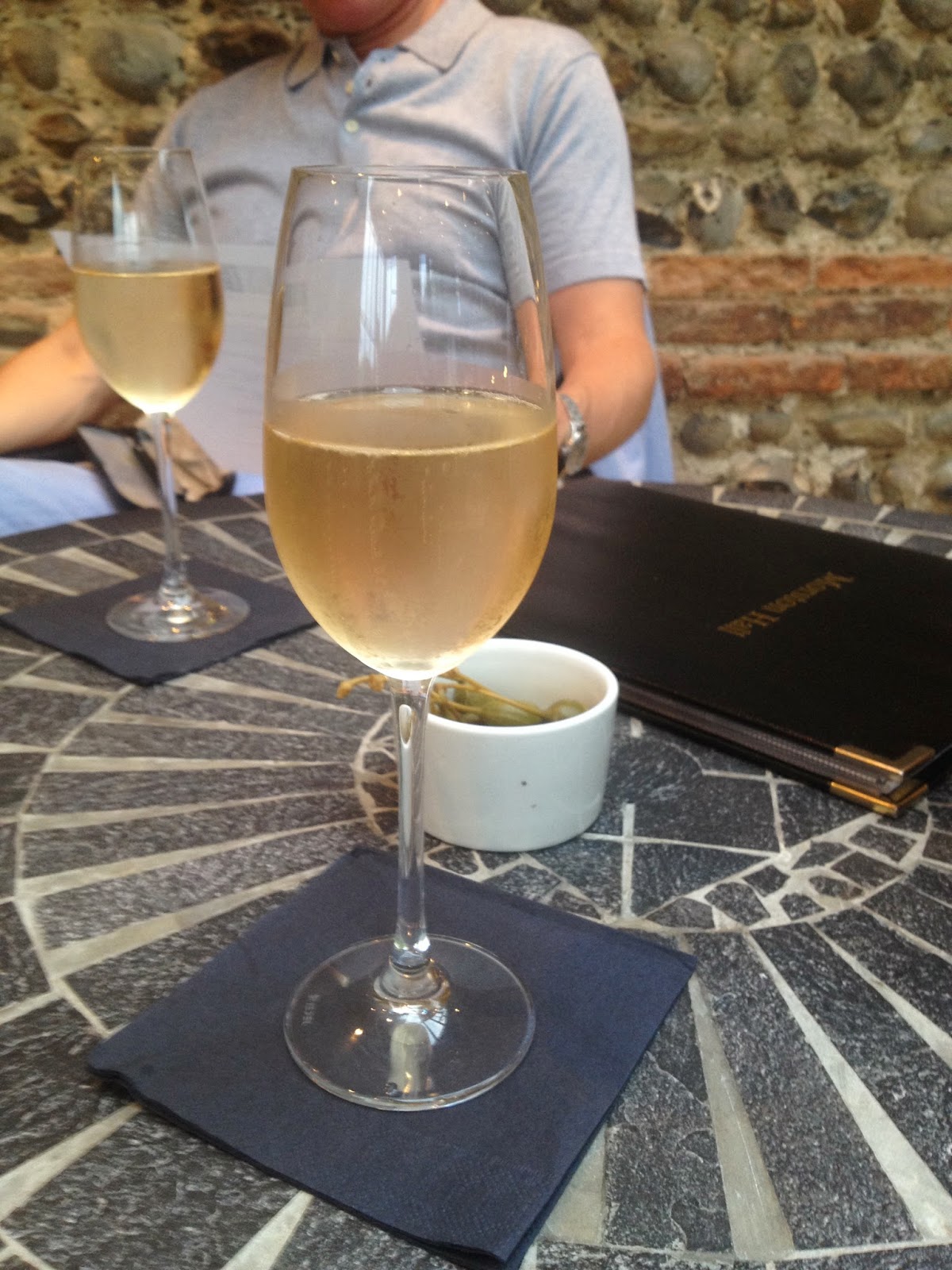 I’ve been fortunate enough to return for dinner at Morston Hall. Although at the top end of the meal deal experience, pound for pound it was far better value than another Norfolk venue, the subject of the post that Trip Advisor refused to link to!

It just so happened that a few days before this happier experience, I'd been lent a book by John Tovey. Ironically, I found out, the owners of the Hall had spent some time during the foundation of their careers at the Miller Howe, when it was owned by the man himself. I would suggest, from the poem (a wedding present) on display in the Reception hall, that Tracy and Galton Blackiston still hold an affection for their time there.

Having started my own Hospitality training in the North West, John Tovey was a name that had reached an almost iconic status amongst our tutors. As students though, our leisure time revolved around the nightlife of Manchester, rather than hotels in the Lake District.

I have to highlight here, in case you’re not aware, that trends in gastronomic delights have historically been as avant garde as anything you’ll find within the covers of Vogue. Indeed, before I’d even started my first steps on what was to be my pre-children career ladder, I’d already observed the transition from Classical French through Nouvelle and onto Minceur as the latest on trend cuisines. Since then things have and, I'm sure always will, continue to move at a divergent pace. Who, for example, could have predicted the current bake-a-frenzy in Britain?

I’m digressing though, and must return to Mr Tovey. Having ignorantly discounted his style as probably an outdated and theatrically ‘classical’ one, heavy with cream and butter, I was shocked to see a menu that would not look out of place today: Fresh Sole baked with garden herbs; Cauliflower and walnut oil; Beetroot and Orange 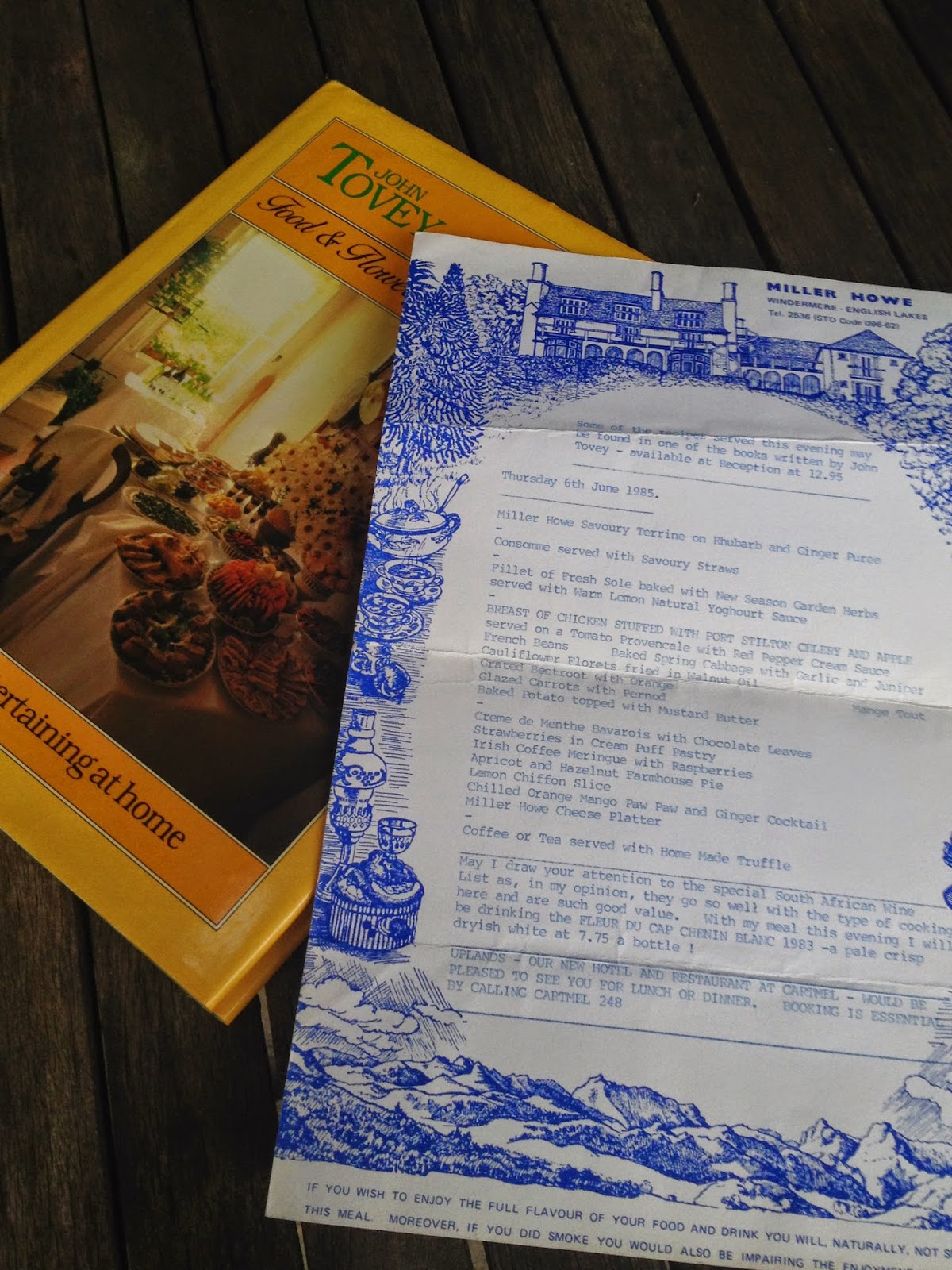 I was initially horrified with the opening paragraph of his introduction to my newly borrowed book. He was rejoicing the benefits of sophisticated farming techniques, preserving and speedy transportation which meant that “we can cook and eat virtually anything we like at any time of the year”. Something, by the way, that is taken for granted today.

Continuing on though, he emphasised his preference for the “incomparable” taste of seasonal British food, which allowed me a sigh of relief and considerable pleasure in reading. Much as I love all cuisines (except jellied eels!), I’ve always disagreed with the detractors of British cooking.

Indeed, one of my best birthdays was at the Greenhouse restaurant in London when, under Gary Rhodes’ direction, the food was very good AND British. So good, in fact, the restaurant was awarded a Michelin star.

But much as blinkered people have discounted our islands’ food, I acknowledge that I had discounted the precursor to many a chef from the north. If John Tovey's style was outdated, then so were my beliefs - and the only thing that was theatrical, as I'm led to believe - was the meal experience itself. I wish I had experienced it all for myself.