Like a pair of velvet lined Jimmy Choo Shoes 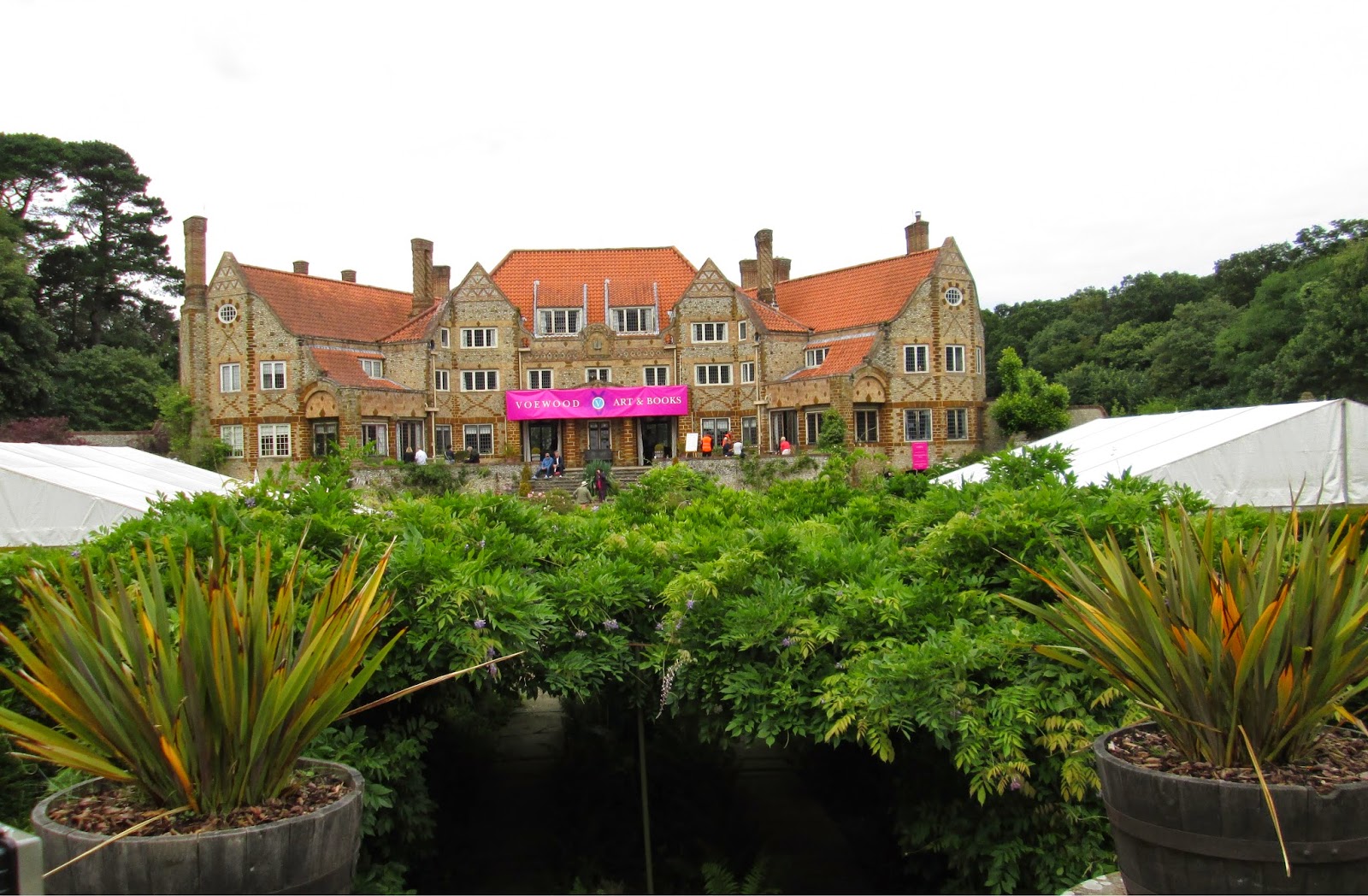 Last night I dreamt I went to Voewood again and when I awoke the transformation of dream to reality was confirmed. I had indeed returned to the butterfly house and the Festival held within its beautiful wings.

It was quite by chance and with an open mind that I had walked into the Voewood grounds, two years previous. It’s hard to describe the experience of walking down the drive under the canopy of its embracing trees; continuing up the meandering steps to the back of the house and the revelation of the beautiful gardens before you. Then, turning, to look at the house itself -my reaction hadn’t been a sharp intake of breath - more a gentle inward sigh. Compact, without the gargantuan expanse of Versailles, but with the replication of first sight awe on my impressionable mind.
And so it was, on a Friday morning in August, I repeated our steps with an excited knowledge of what the weekend may hold. We had committed to a weekend packed full with the discovery of art, literature and musical diversity. Once again, we were attending the Voewood Festival.
The schedule had us ricocheting between three papillon inspired tents. I was happy to follow LSH with Mrs de Winter submission. I offer my (time constrained) literary ignorance as cause for such happily led shadowing. 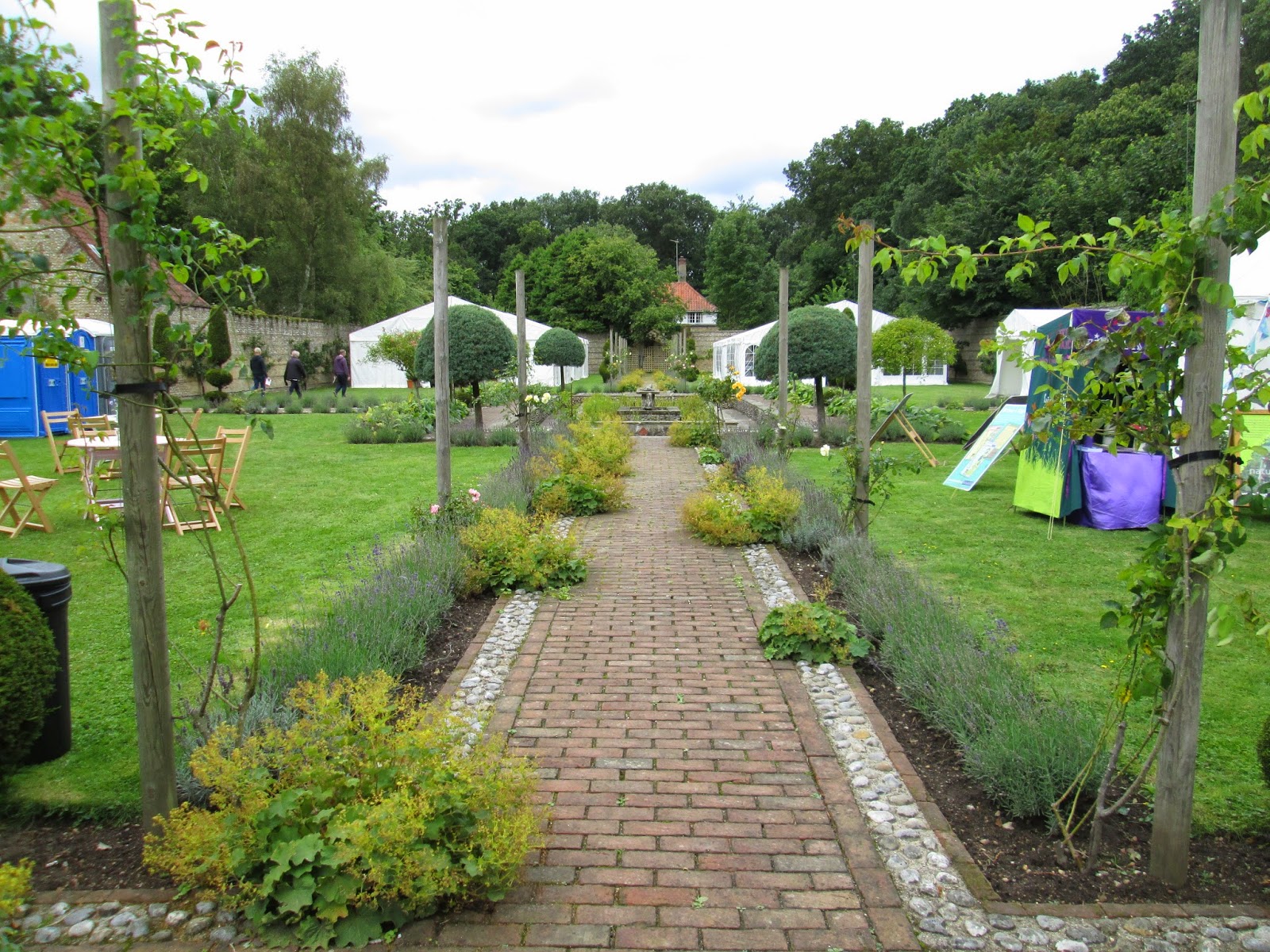 Voewood is beautiful, like an exquisite pair of shoes and I’m loath to promote its allure for fear of letting out a quietly contained secret. However, in truth, the only caveat I can suggest is of Wi-Fi access and those who acted as 'official' photographers.

If you’re reading this, you will know that I blog and, when not otherwise engaged , in my paid job, have a fair bit to do with all things social. Unfortunately though, in the Voewood team's eyes, I wasn’t a consideration when it came to Wi-Fi access.

Despite an excellent pre to post festival social media campaign, they discounted the importance of garnering all their connecting audience and sternly labelled the only possible on-site access to this powerful form of communication, as locked and for VIPs only.

Promotional opportunities missed, many times over, and I was left wearing Ronnie Corbett's flat cap … knowing my place!
On the photographer front, they were a pest. Martin Parr, the official photographer at the last festival, had been respectfully discreet - and produced a book to prove it. This year, I observed three annoying little snappers, who were like flies crawling all over dropped ice cream cones (I'm sure you know what I really mean here). I even overheard Earl Slick labelling them and telling the tale of Peter Frampton confiscating cameras from similar offenders; adding that it was something he would like to re-enact. If only he had - the paying public would have got a less obscured view of his performance on stage.
Nevertheless, for three days we absorbed, admired and enthused at the talent and creativity tendered. Then as dusk descended, we pogoed and bopped to stars of our past ‘with’, to paraphrase, ‘incredulity in our eyes’.
Until finally, as the evening ended, we walked to our awaiting carriage and rose petals blew towards us with the salt wind from the sea.

Labels: Literary Festival, Return to work Mother, Something for the Weekend, Voewood