Does Anyone Have It All? 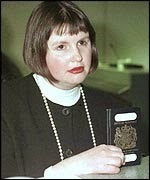 My first memory of Nicola Horlick was of the mad media frenzy that surrounded her in January 1997. To be honest, my initial reaction was one of embarrassment.

I was stunned that a woman, who had given the male dominated City of London a run for their money, would react in such an emotional manner. Having been unceremoniously (and probably unfairly) suspended from her role in altering the fortunes of a big swig investment management company, she did no less than get the next flight to the head office (in Frankfurt); with baying journalist hounds in her wake.

I remember reading that her husband had been ‘surprised’ by her reaction.

Thinking that he had a point, it dawned on me (much to my horror) that, if I were her, I would probably have reacted in the same indignant manner.

Over the succeeding decades I admit that, on occasion, my mind has wandered back to this episode. Not least because of the ridiculous 'Superwoman' label that she was daubed with by the media masses.

I couldn’t believe their ignorance; Nicola was no superwoman.

With the money she was earning, she would be hiring an entourage of help, far beyond any realms of possibility for the ordinary working (or stay at home) mum. I've since discovered that Nicola would agree with my thoughts.

Much more troubling, was the way that she was labelled as ‘having it all’.

Her daughter had leukaemia, how could anyone say that a mother whose daughter was dying had it all?

However, I felt equally uncomfortable when Nicola divulged that she was having another baby, in the hope of saving her eldest child.

I wonder if the inability to save caused a burden that proved difficult to live with.

Not surprisingly, most of the scathing articles that have continued to be written about Nicola over the years, have been by men. Men, who could be described as having a whiff of the misogynist about themselves.

The articles that I have read … and there are many, have enlightened me. As if holding a  matryoshka doll in my hands, I started unravelling her life since that miserable January day in 1997.

In a strange way, my research has altered my view of concerned consideration to renewed admiration towards this other working Mum.

As far as Nicola actually ‘having it all', I would suggest that life has certainly thrown it all at her, some examples of which are:


Reading all of these and more, I was left feeling a little dazed. Nicola seems to have rowed a far more turblent river than I have, over the same period of time.

I was glad to take some comfort that there may still be the possibility of a tale with a happy ending; one that involves her second husband Martin Baker. 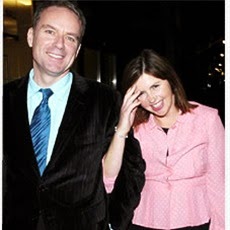 Watching this video (a British version of TED talks) made me warm to Nicola further. The image that I have always held is the one at the top of this post. A latter day Virgin Queen, who happened to have a lot of children

My long held view has dissipated and, completing my metamorphosis, I don’t think I could close this post with anything better than something Nicola is reported to have said:

Happiness isn't all about lots of money and a career; it's about fulfilment in your family.

... and in that sentence alone, I believe she does have it all.

thanks to Martin Baker for the perficpic