It was quite by chance (and the need for a quick and early commute into the big smoke) that we ended up in a rented flat in what was Hampstead’s wannabe sister, Belsize Park. 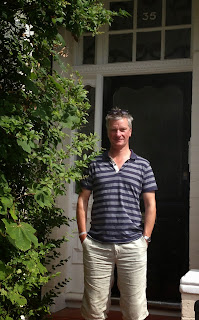 Although I say ‘quite by chance’, the letting agency gave us the choice of an abode in the ‘very cosmopolitan’ area of Notting Hill or in this ‘well situated’ area of North London. At that time my knowledge of London was limited to where my College friends had bedded down and for that reason, Belsize Park got through our voting system.

Decision made, all we had to do was scrape together the necessary money for deposit, month in advance, bedding and cooking utensils, etc. and - our first home was formed. Tah dah!

Trouble was - reality. There would be no regular meet-ups in Central Perks for us (or Haverstock Hill’s equivalent, Farquharson’s). We did have rose-tinted fun but any effort to explore the area outside the local launderette radius was restricted due to the reality of first home budgeting and first-full-time role exhaustion!

So, quite a few years, two giants and a thirst for urban exploration later and a few months ago I found myself on a mission to discover the swathe and lay of the land from Highgate to Hampstead and beyond.

Exiting from Archway tube and eschewing a generic coffee chain for Broad and Bean (once labelled ‘decent’ by Giles Coren and I can’t disagree). Suitably stoked, we strode straight up Highgate Hill towards Magdala Avenue.

This isn’t the most picturesque of areas but you do have the chance to take in Dick Whittington’s Cat (statue of). A bizarre talking statue which looks to me like it’s scared out of its wits and wondering why it’s been locked up behind the strongest of iron bars. 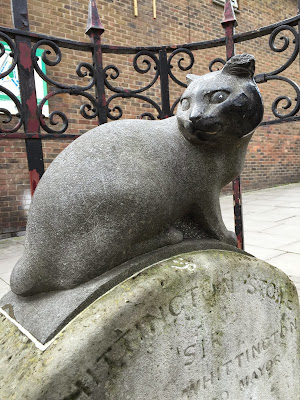 We continued up the hill before turning into and on to the end of Magdala Avenue. Here, it’s a short left then right turn into Raydon Street. Highgate Cemetery is on the right hand side now and reached by turning right at the end of Raydon Street and up the hill of Swain’s Lane.

Before doing that though, we took a quick glance to the left at the spooky but romantically titled Victorian/Gothic cluster of Holly Village. An amazing employee benefit but I’m sure this area could have a part in childhood nightmares! 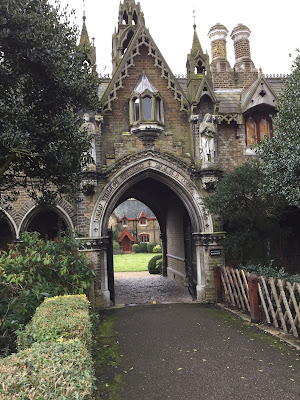 Highgate Cemetery has a chequered history and, despite the fact that I feel uneasy at the thought of paying and touring the graves within, it would have been sacrilege if things had continued to be left in the hands of vandals. On this occasion, I put the cemetery into a box marked ‘later visit’ and continued strolling up the hill towards Waterlow Park. 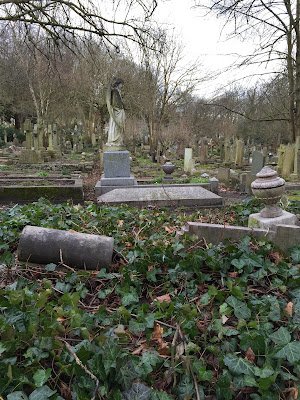 From the entrance on the right, just past the cemetery, it was a mood lifting meander up to Nell Gwynn's summer retreat, Lauderdale House. Magnificent views, gardens, lawns and ponds, together with a café; this provided much needed light relief and is a hidden gem within this north London district. 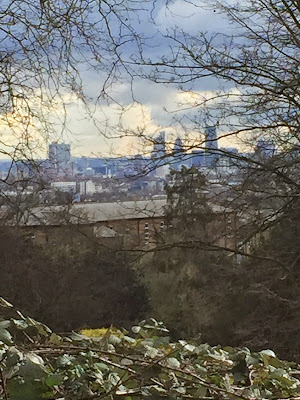 If you don’t wish to stop here though, then wander around the back of the 17th century mansion and you’ll find yourself further up Highgate Hill and on Highgate High Street. 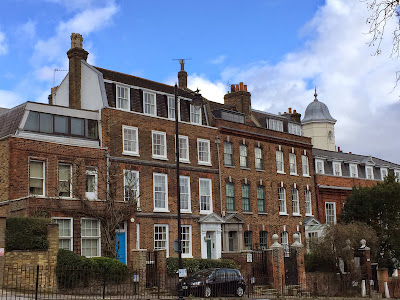 This, I think, is a good place to pause a while and discover, before continuing the journey from North to North West …

Labels: Belsize Park, Hampstead, Highgate, London Tourism, Out and about in London, Return to work Mother, Something for the Weekend