Who would want to live in a sh***y area? 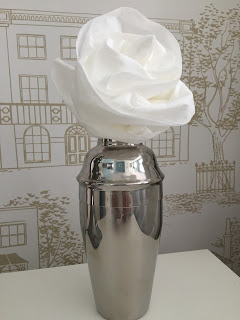 I liked Giles Coren. The first time I ‘met’ him, he looked quite dishevelled and was hand cupping a strong mug of coffee, which was clearly his medicine for the after effects of spending the previous evening in the company of Simon Finch.

He was about to take the stage to promote a book on eating out in restaurants. The venue was a festival at the butterfly house that I've written about before. As he spoke, he appeared warm, down to earth, a loving (and respectful) husband and father, humble and certainly very tired (or hungover?).

So, I was an advocate of the person that I thought was Giles Coren. I’d labelled him an all good family guy who had fought for the right for us mere mortals to have the luxury of free tap water in restaurants (apparently; although I've had a long held belief that this was a legal right in the UK).

However, maybe I’d had a case of the first impression being the wrong impression. My illusions were dislodged when, earlier this year, I read an article which was provocatively titled: 'They are determined to keep London shitty'.

Oh Giles, so scandalous in your attention grabbing tactics! An editorial that starts with the fight for a public convenience which NEEDED to be transformed from a derelict civic asset into a cocktail bar and would subsequently serve the reverently, and not the least bit inflammatory, named ‘Nimby’ cocktail. As I read, I wondered if a vitriolic copy editor had got hold of comrade Giles’ draft and charged through and standardised it to a required pompous house style. Although, maybe not!

Also, I might add, I considered whether there was quite an ignorant vein running through the piece. Spitting and protesting, I wondered if Mr Coren had had an ulterior motive to consider, whilst tip-tapping on the keyboard.

For it is my thought that when the argument to stop locals from spending a penny is defended with their ability to buy an £8 cocktail in the future, the words: cake, have and eat it come to mind. In fact, I do wonder why ‘Bourgeoisie’ wasn't used as the name for the bar; Ladies and Gentlemen seems just SO provincial!

Time will tell whether the bar will prove profitable and bring the bar owner's suggestion of prosperity to the local area (should he have said locals here?). Because of course, prosperity is what every resident wants, isn’t it? After all, why would neighbours, who have lived all or most of their lives in an area, be opposed to change?

Alternatively, should neglected buildings and structures be refurbished and saved or razed to the ground and replaced with 'places that people prefer'? As a fan of the compositions from the magnanimous Gentle Author, I found Giles’ script quite disturbing in its intimation of egocentric pontification.

Maybe, when an indigenous resident cries out for a toilet rather than a bar, it’s not because they’re saying ‘not in my back yard’ but are simply screaming to be heard.